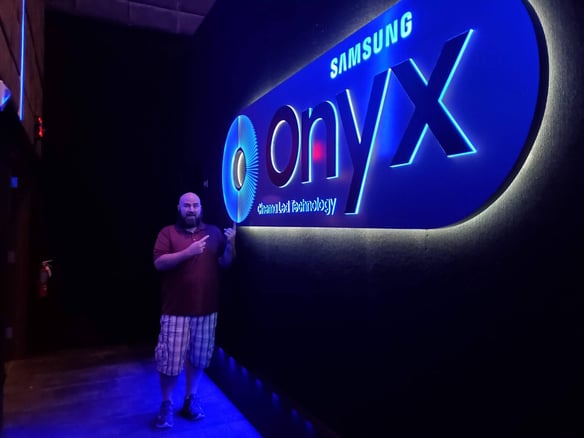 Meet Brad Schaider, IT Manager and Do-er of Things at StrongDM. Before joining the company, Brad spent over a decade producing trailers for blockbuster movies you know and love (think Marvel, Pixar, Lucasfilm). In today’s interview he gives us a sneak peek into the industry, including a classic movie trailer swap-out you may have never realized was there! Check it out.

What was Lumeni Productions, and what did you do there?

Lumeni Productions was a film finishing company with a 40 year history working in film and then specializing in movie trailers. I was there for more than a decade working on the things y'all love. Feel free to look me up on IMDb and see the stuff I touched.

It was a small place, about 13 or 14 employees with about 6 on the art staff, and I was able to do some of everything. I did motion graphics and became a DI color artist, running sessions for Disney executives, both local and remote. I handled all the IT and pipeline in addition to all my artist's work at the company.

We had a fantastic client in Disney, which means Marvel, Pixar, Lucas, Touchstone. We did tons of their stuff up until the close of the studio. It was a fun run.

The list of films you worked on is pretty spectacular. When we were chatting earlier, you shared a bunch of rules that movie trailers have to follow. For example, you can't have other brands show up in your trailer. Is that right?

Exactly. So for instance, let's say Coca Cola. You can't have someone drinking a Coca Cola product in your trailer because Coke might argue that you’re using their brand to build you up.  And so anytime you see big-name logos, it's either a paid inclusion, or they got approval to do it.

We did a lot of logo removal when I worked on visual effects—taking footage from the feature and removing things as simple as I love New York since that’s a trademarked logo. And it's not like on TV or the news where you can just have this big blurry square. If it was written on a shirt, I had to make it look like a T-shirt with nothing or something different on it.

And you can't have blood?

Blood. Gore. Guns. It's not the most hard-and-fast rule, but you want to make sure that your trailer toes the line for the audience to see it. Having those things play in front of a kids’ movie will certainly get you removed from the list. So in most trailers, we had to take those things out.

We didn’t do this one—but if you’ve ever seen ET, they're pointing their guns at him when he's going up on the bike. And later they changed them to walkie-talkies. That's the kind of nonsense that we had to do to make the changes look seamless.

You get fined if you go over two and a half minutes?

That’s right. You have a couple of allowances if you get them approved by the MPAA, but other than that it’s two and a half minutes, drop dead. You either stop, or you have an allowance built into the trailer, or you get fined.

What are some of the favorite trailers you've gotten to work on?

I’d have to say the series of Star Wars trailers, mainly because my kids love those. They come into my office and see them on my displays, and they would just sit back and go, “wow.”

And then the last two I like are TRON: Legacy and A Christmas Carol because those were in the early resurgence of stereo 3d. And say what you will about Stereo 3D (I'm not a big fan of it), but it was hot and new when those trailers were coming out, and we embraced it very quickly.

What was the biggest, most expensive, most crazy over-the-top trailer you ever worked on?

Either TRON or some of the Pirates. The bills got really high on these projects, as multiple studios were working collaboratively to make these masterpieces. The movies themselves cost a ton, so it makes sense marketing would be a size-able piece of that. To know we were a big contributor was exciting.

Disney had the most impeccably finished trailers. Taking a trailer from 90 to 100% takes a lot of time. It gets very expensive, and a lot of people just don't do it. But Disney loved to go down multiple paths. “Let's see it like this, this, this, this, this…” and then decide which one to take further. The Pirates of the Caribbean trailers all did a lot of branching.

The most commonly used word around my house is “What?!” But I've got a 2 year old, an 8 year old, and an 11 year old so I'm always always yelling about something.

I would like to read minds. I just want to know what the hell you're thinking.

My dad. That's where I get my saving from.

“Give everybody and everything a chance. Don’t jump to conclusions, because there's something redeeming about everything in life.”

Love it. Alright, ladies and gentlemen, round of applause for Brad. If we ever have the opportunity to make a StrongDM movie trailer (and I certainly hope that we will), now we know who to call.

And if you’d like a chance to meet more great people like Brad, check out our latest job openings. 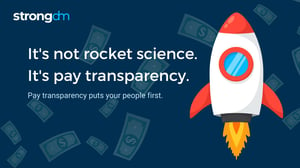 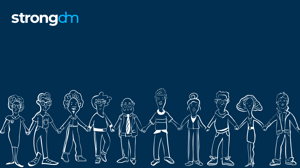 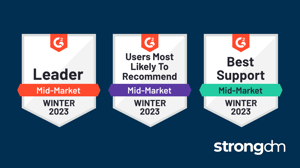 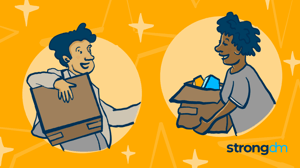 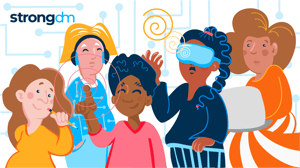