What is SD-WAN? Everything You Need to Know

Get the SASE eBook PDF
Found in: Security Secure Access Service Edge
StrongDM manages and audits access to infrastructure.
Get a demo 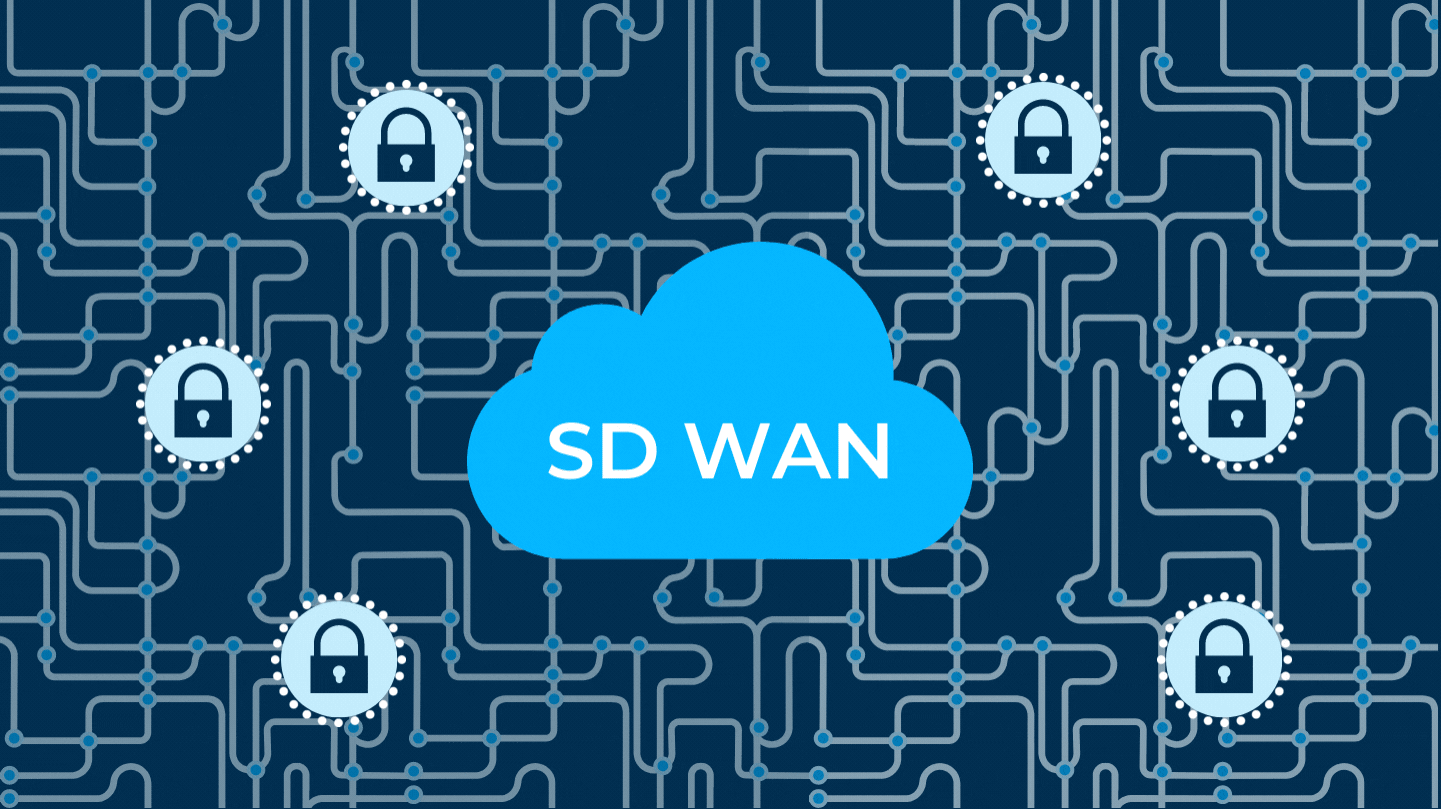 Summary: In this article, we’ll review what SD-WAN is, its history and development, as well as the key benefits and limitations of SD-WAN deployment. You’ll learn the difference between SD-WAN and WAN, VPNs, MPLS, and SDN, and how the different services and solutions compare.

What Is an SD-WAN?

The rise of cloud adoption, remote work, and mobile devices has prompted increasing bandwidth and security requirements that outdate previous network strategies. A Wide Area Network (WAN) is a collection of local area networks (LANs) that communicate with one another—a network of networks, such as interconnected office locations.

WANs have traditionally connected these smaller networks through routers and virtual private networks (VPNs). This framework is rigid and inefficient, especially within cloud environments. Scaling a traditional WAN network is time- and resource-intensive, requiring circuit delivery and equipment provisioning to initiate a complicated change management process.

Unlike traditional WAN, SD-WAN is a more flexible and scalable solution that supports an increasingly remote and mobile workforce.

How Does SD-WAN Work?

SD-WAN is an overlay to the existing network delivered through the cloud that uses tunneling technology to differentiate the physical and logical planes.

A network of SD-WAN appliances connected by encrypted tunnels monitors the availability and performance of each service within a network in real time. When traffic flows to an SD-WAN appliance, it is classified by application and prioritized based on centrally-managed policies so it can be sent out over the best available network link.

SD-WAN allows security functionality to be applied at the network edge, eliminating the need for traffic to be routed through the data center hub, which reduces latency and increases performance across the network.

Traditional WAN architectures follow a hub-and-spoke model, where traffic flows from a remote location (the spoke) to the central network hub via individual VPN connections. Organizations typically use leased lines from service providers to connect their users at the branch to applications hosted on servers at the data center.

In the 1980s and 1990s, these WAN connections were maintained through point-to-point (PPP) leased lines and Frame Relay services—which used the same lines as PPP to connect cloud environments to the service provider.

By the 2000s, Frame Relay was replaced by Multiprotocol Label Switching (MPLS)—an IP-based WAN connection that routes network traffic based on predetermined labels, essentially sending the data on the best path to its destination. When a packet enters the network, it is assigned a forwarding class of service (CoS) and labeled accordingly. These labels classify traffic based on business priority, such as real-time, mission-critical, and best-effort. MPLS is typically an outsourced service managed by service providers that guarantee performance, quality, and availability—but not without cost.

And then cloud computing changed everything.

Backhauling data is inefficient and costly. With the rise of cloud computing driving up bandwidth demands, these legacy WAN architectures that rely on privately-sourced MPLS have become harder to manage and expensive to provision, upgrade, and scale.

SD-WAN has become one of the most widely used networking technologies. In fact, Telegeography reports that 43 percent of enterprises had installed SD-WAN by 2020. Market research predicts that MPLS will continue to fade in popularity over time due to the overwhelming advantages of SD-WAN over traditional networking strategies.

One of the main advantages of SD-WAN is that it increases operational bandwidth while reducing overall costs. MPLS bandwidth is expensive and incurs higher costs for deployment than other transport types. SD-WAN enables organizations to create a single network infrastructure with a variety of connection types, including MPLS, LTE, and broadband internet. This enables companies to route less sensitive data across cheaper public connections and thereby reduce their reliance on costly, private MPLS links.

With MPLS-enabled WAN, internet-bound traffic must be backhauled to a corporate data center and sent through the data center again on its way to its destination. This is known as the trombone effect, and it represents a key inefficiency of MPLS networking. Backhauling traffic creates a drag on performance, which can impact modern services like videoconferencing.

SD-WAN solves this issue through policy-based routing, which forwards and routes data in real time based on defined policies configured by system administrators. SD-WAN evaluates metrics such as load, data loss, and latency to automatically route traffic over the best path without backhauling data. Real-time path monitoring then ensures business-critical applications are efficiently routed across any available connection that meets the policy definition. This strategic load balancing allows for a more flexible performance at a lower cost than solely relying on the default MLPS connections in a WAN configuration.

MPLS is known for reliability, however, ensuring redundancy at the MPLS-provider level is often cost-prohibitive. SD-WAN has built-in redundancies through its application of policy-based routing and choice of multiple connections. By leveraging different transport methods, SD-WAN reduces single points of failure and enables high-availability configurations.

Additionally, SD-WAN’s overlay network across the WAN provides network segmentation with centralized management and complete visibility into each network segment. This also helps to provide organizations with a stronger security posture.

Simplifies IT management with remote dispatching and rapid scalability

The flexibility of utilizing multiple digitized transport methods enables organizations to scale their workloads up and down based on the needs of the network. As bandwidth demand increases, an SD-WAN-enabled network can quickly adjust to handle the increased workload. Because SD-WANs are cloud-based, the IT team can control everything from one central location, allowing teams to respond quickly to requests without sending IT to a branch location. While onboarding a new office with WAN might take weeks or months, SD-WAN can be provisioned in days or even hours.

SD-WAN vs. VPN: How Do They Compare?

SD-WAN and VPNs provide an encrypted network connection in different ways. VPNs utilize point-to-point encryption through IPsec tunnels to securely connect multiple sites on a WAN. They are a common solution for organizations looking to securely connect two corporate networks or a remote worker to the company network. VPNs are a popular alternative to MPLS because they enable enterprises to reduce bandwidth costs for select WAN use cases.

While SD-WANs are programmed to route traffic over multiple connections based on the best path, VPNs typically route all traffic via a single network link. This means that, unlike SD-WANs, VPNs are negatively impacted by internet traffic fluctuations and increased latency over long distances. The enhanced performance optimizations like policy-based routing, quality of service, and application-aware routing, make SD-WAN an overall faster, better solution for enterprises operating in a cloud environment.

Depending on its networking needs, an organization can adopt SD-WAN to either augment or fully replace MPLS circuits. MPLS is more expensive per megabit transferred, limiting bandwidth and an organization’s ability to scale on demand.

By adopting SD-WAN, organizations can optimize routing based on application and business needs instead of sending all traffic through costly MPLS circuits. This means that most traffic can be routed through relatively low-cost connections (like broadband) while using higher-performance and more expensive MPLS connections for only the applications that require it. SD-WAN has no bandwidth penalties, so customers can easily upgrade and add new links as demand increases—without changing the infrastructure or network.

What's the Difference Between SD-WAN vs. SDN?

Software-defined networking (SDN) is an approach to network architecture that enables users to control their network using software. To program the network, administrators use application programming interfaces (APIs) instead of controls physically located on network hardware.

SD-WAN is enabled by SDN technology that separates the control plane from the data plane to control the network intelligently. While SDN was built to support modern computing needs in internal networks such as LANs and Service Provider networks, SD-WAN applies SDN technology to enable connections between users and networks over the WAN.

What are the Limitations of SD-WAN Technology?

Deploying SD-WAN is not without its challenges. SD-WAN is still an emerging technology, and implementing new network infrastructure is a big undertaking. The primary challenges and limitations to consider include the following:

Like any new investment, implementing SD-WAN will incur high upfront costs. Over time, operational efficiencies gained from the technology offset the initial investment, but it is still a temporary expense to take into consideration.

WAN connections are typically a service from one provider that handles the entire tech stack. In contrast, there are multiple SD-WAN management options, including DIY, co-managed, and fully-managed solutions.

In addition, IT teams must learn to navigate the SD-WAN technologies together with the WAN provider. IT teams will need thorough training to ensure they successfully manage the SD-WAN.

The Future of Cloud Networks Is Software-defined

Companies continue to invest heavily in digital transformation to meet the needs of a growing remote workforce and a mobile world. As the network edge grows increasingly complex, many are turning to solutions like SD-WAN to ensure better application performance and high-quality user experience—no matter where people are connecting from.

Learn how StrongDM can help secure remote access or schedule a no-BS demo. 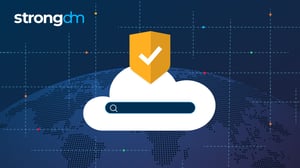 What Is RBI? Remote Browser Isolation Explained
In this article, we take a deep dive into Remote Browser Isolation (RBI), its history, and how it works. You'll learn about the common challenges associated with remote browser isolation and its importance in securing users from internet-based cyber threats. By the end of this article, you'll gain a complete understanding of remote browser isolation, as well as how it can be used to complement a Zero Trust framework. 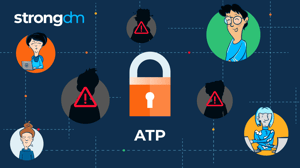 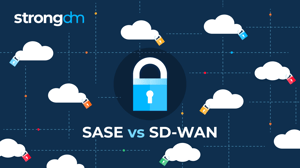 SASE vs. SD-WAN: All You Need to Know
SASE is a cloud-based network security solution, whereas SD-WAN is a network virtualization solution. SASE can be delivered as a service, making it more scalable and resilient than SD-WAN. Additionally, SASE offers more comprehensive security features than SD-WAN, including Zero Trust security and built-in protection against Distributed Denial-of-Service (DDoS) attacks. 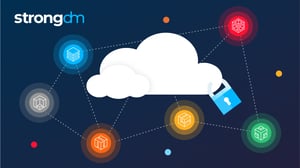