Infrastructure and DevOps administrators face significant barriers in managing Secure Shell (SSH) keys. An organization may have hundreds, if not thousands, of keys to manage. It takes considerable effort to assign, append, delete, and rotate keys diligently while ensuring no client-server communication breaks during the process. A lack of a streamlined SSH key inventory can lead to many keys being unused or unaccounted for.

Overview of SSH Keys and Authentication

An improvement over the telnet tool due to encryption, the SSH protocol enables access to remote servers and databases. Common use cases include monitoring, maintenance, file transfers, deployment of code from source repositories onto multiple hosts, remote execution of commands on a server from a client, and data collection from multiple machines to run a job. Initially built for *nix environments, users can access SSH directly from the command prompt with iOS, OS X, and Linux machines. Users can also access SSH from Windows machines using PuTTY or an alternative client and from Android devices using an SSH client app such as JuiceSSH.

You can use passwords, private/public keys, and certificates for SSH authentication.

Key-based authentication, the most widespread option, relies on an asymmetric cipher or encryption algorithm that uses a pair of public and private keys (created with the ssh-keygen utility). The public key functions as the encryption key and the private key functions as the decryption key. When setting up server key pairs, only a select list of administrators in any organization should generate the pair of public and private keys. For user authentication, users should generate their own key pair and provide admins with their public key. This ensures the private key only sits on one person's computer.

In the case of remote servers, symmetric encryption is not possible because it’s difficult to handshake on a common key without risking it being discovered. The distribution of public keys that a private key later decrypts, solves this problem.

SSH keys favor many everyday use cases. For instance, SSH keys can allow for a trusted connection to be made between two machines for an automated backup job without requiring an interactive login. It is also used for committing code to version control repositories and inside various systems management tools.

Key-based authentication is only as effective as the systems in place to manage your keys. Research shows that in some large organizations up to 90% of authorized keys are no longer used, and 10% of those grant privileged access. SSH key management defines strategies for creating, assigning, and ultimately deleting SSH keys when they are no longer needed. Regardless, organizations still face a number of challenges in key management:

Organizations of all sizes must reckon with the unwieldiness of SSH key management. You can tackle some of these challenges by governing keys according to best practices, like inventorying keys, rotating keys at fixed intervals, and assigning one key per user.

However, these approaches cannot inherently solve all of the issues with the SSH key lifecycle. For example, a key management policy won’t reduce the effort in the manual provisioning process.

The real question is—rather than managing a large number of keys, can you collapse the amount significantly or even eliminate them altogether? Let’s discuss how a control plane, like StrongDM, can help us implement a few best practices:

Moving from SSH Keys to a Centralized Control Plane

SSH key management can easily overwhelm you. By following the best practices discussed here — simplifying access management, improving onboarding and offboarding, plus proper auditing and logging — and using a centralized proxy software with a control plane, managing user roles and authentication can become simple and hassle-free.

StrongDM provides a platform for managing access to all of your databases, applications, and servers, allowing you to manage user roles and authentication with minimal effort.

Give StrongDM a try today, or schedule a no-BS demo with our team. 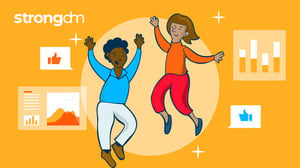 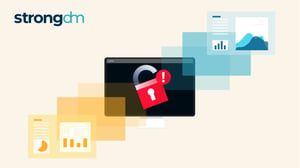 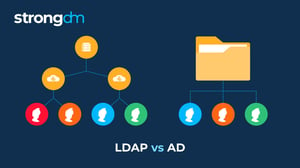 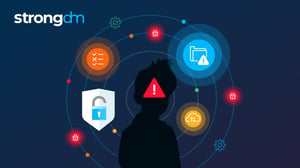